Teach Them Young and Hope It Sticks

Our Morning Walk Thru the Village 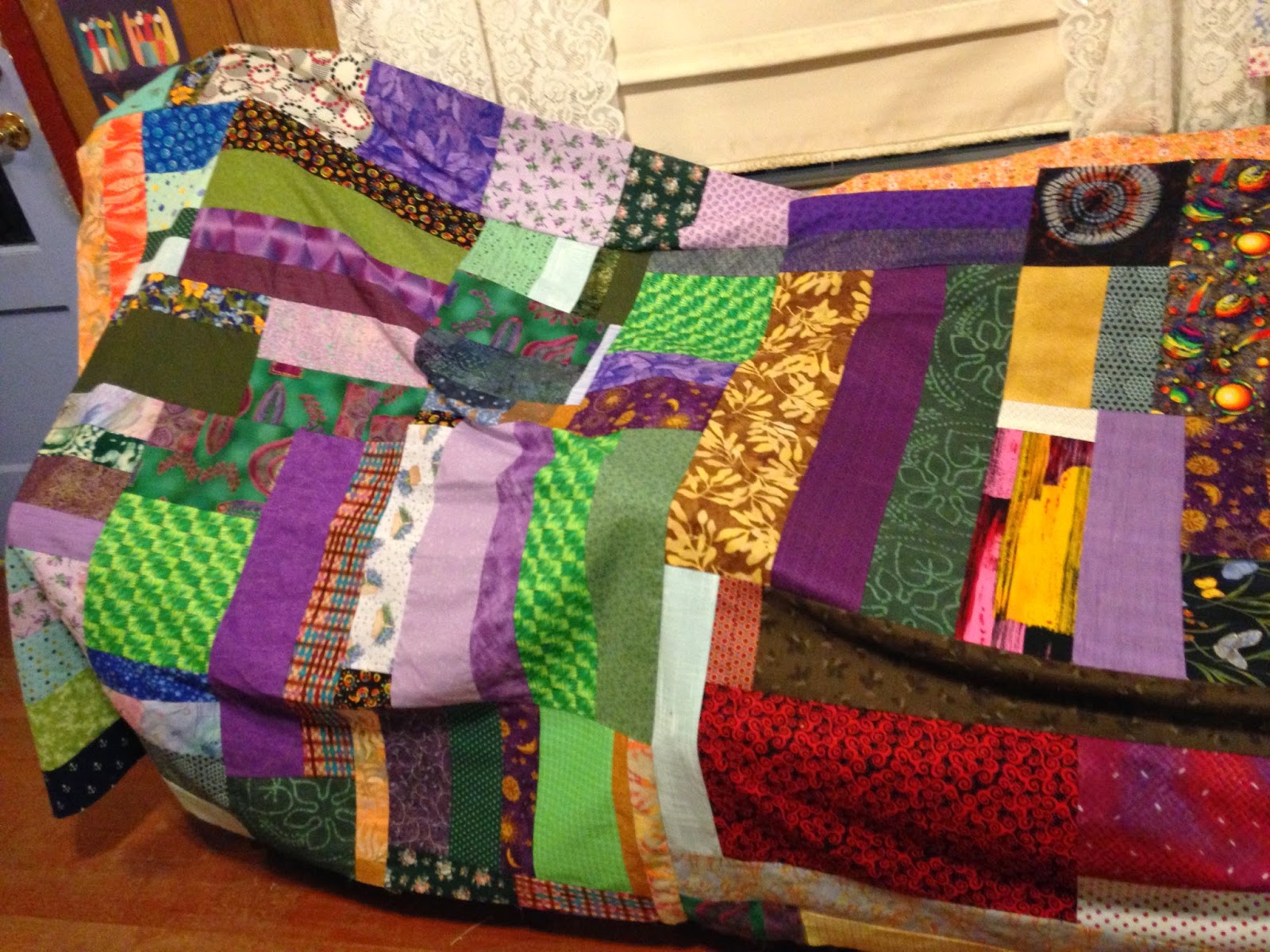 It's twice as big as it was when I got up this morning.

It's the size Iris wants so that she can share.

I love that in a woman.

I have batting, that's cool.

So far the only backing I have found that's big enough (48 by 100 or so) is obnoxiously bright yellow gingham. Auhhh, No. I am certain that it will not do so I may be off to JoAnn's for dark jersey backing. Ended up using a white with thin blue stripes-looks almost like ticking. I pulled it around to the front and used it as binding too. It's finished and will be delivered hopefully today.

Linking up with NT&T at My Quilt Infatuation.
Linking up with Confessions of a Fabric Addict too.
Posted by Lynda Halliger Otvos (Lynda M O) at 12:18 AM 2 comments: 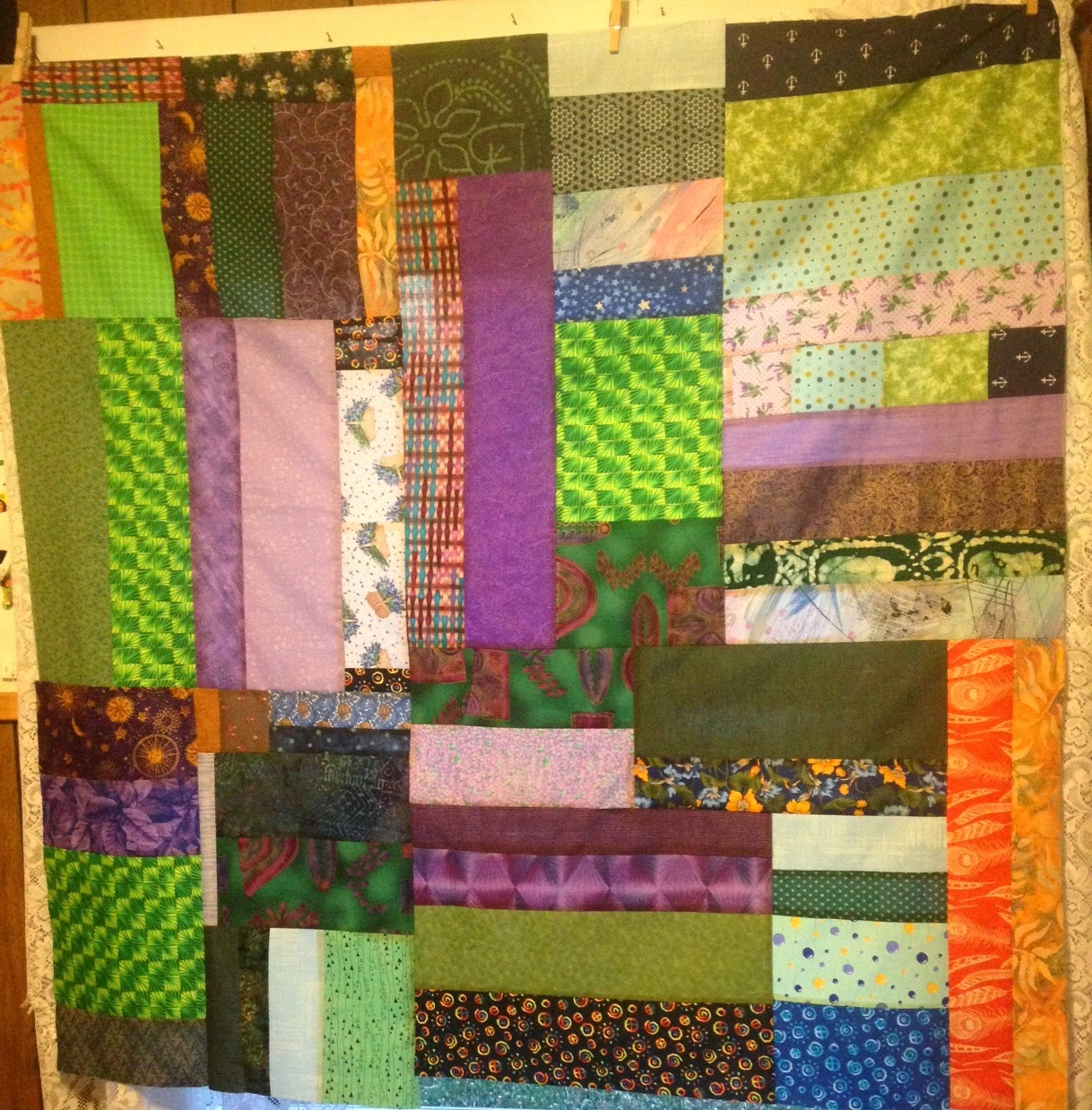 He may look young and it's true; he also wants to know how everything works, why it works the way it does and can he take it apart. He watches everything we do and copies it correctly most of the time. He helped me sew today-wanted to be on my lap and pushing the foot pedal at the same time. Not gonna happen this week-he's too short but he doesn't understand that part of the discussion. 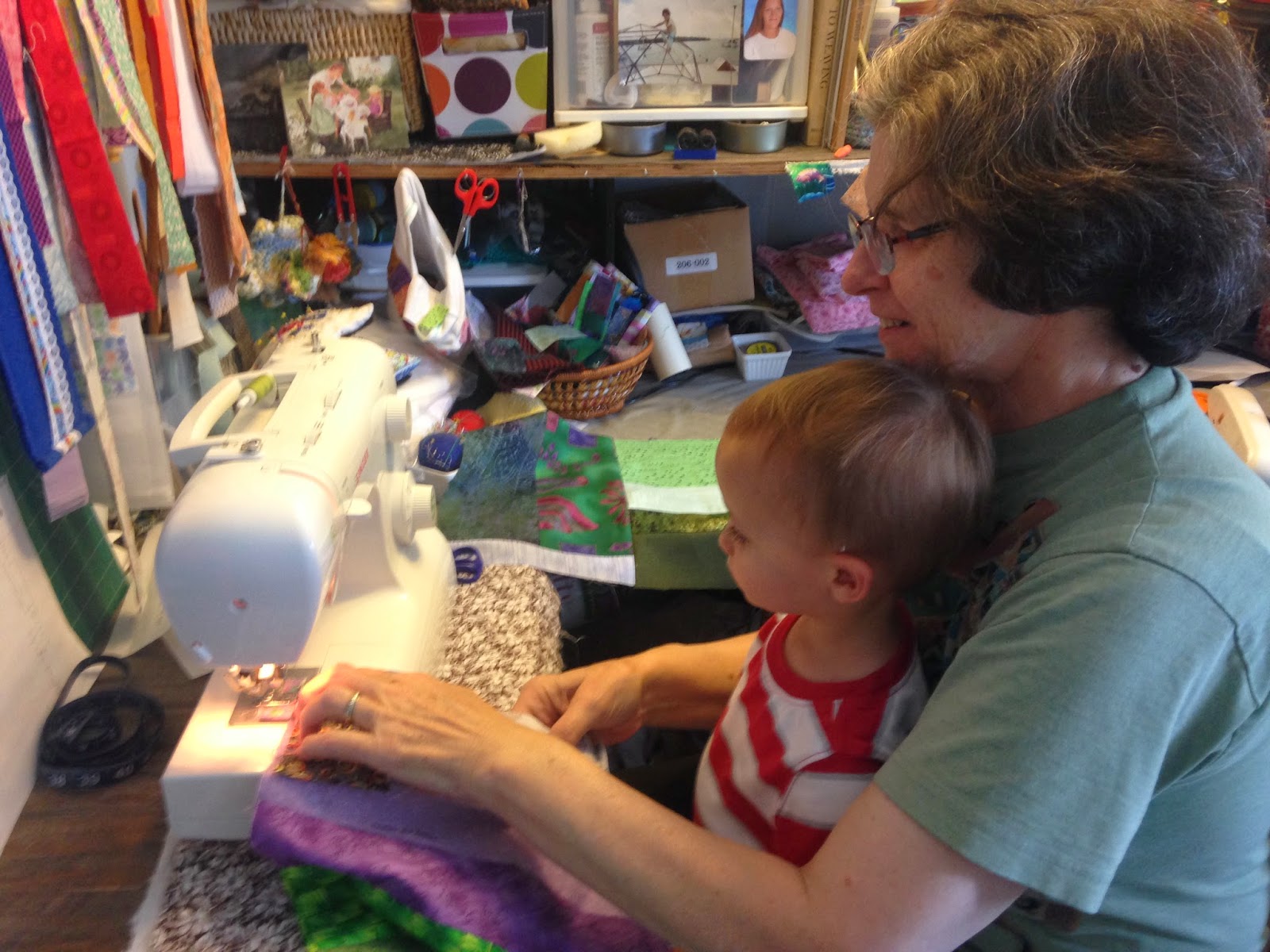 Wyatt watches intently as the needle rises and falls too fast for him to follow. 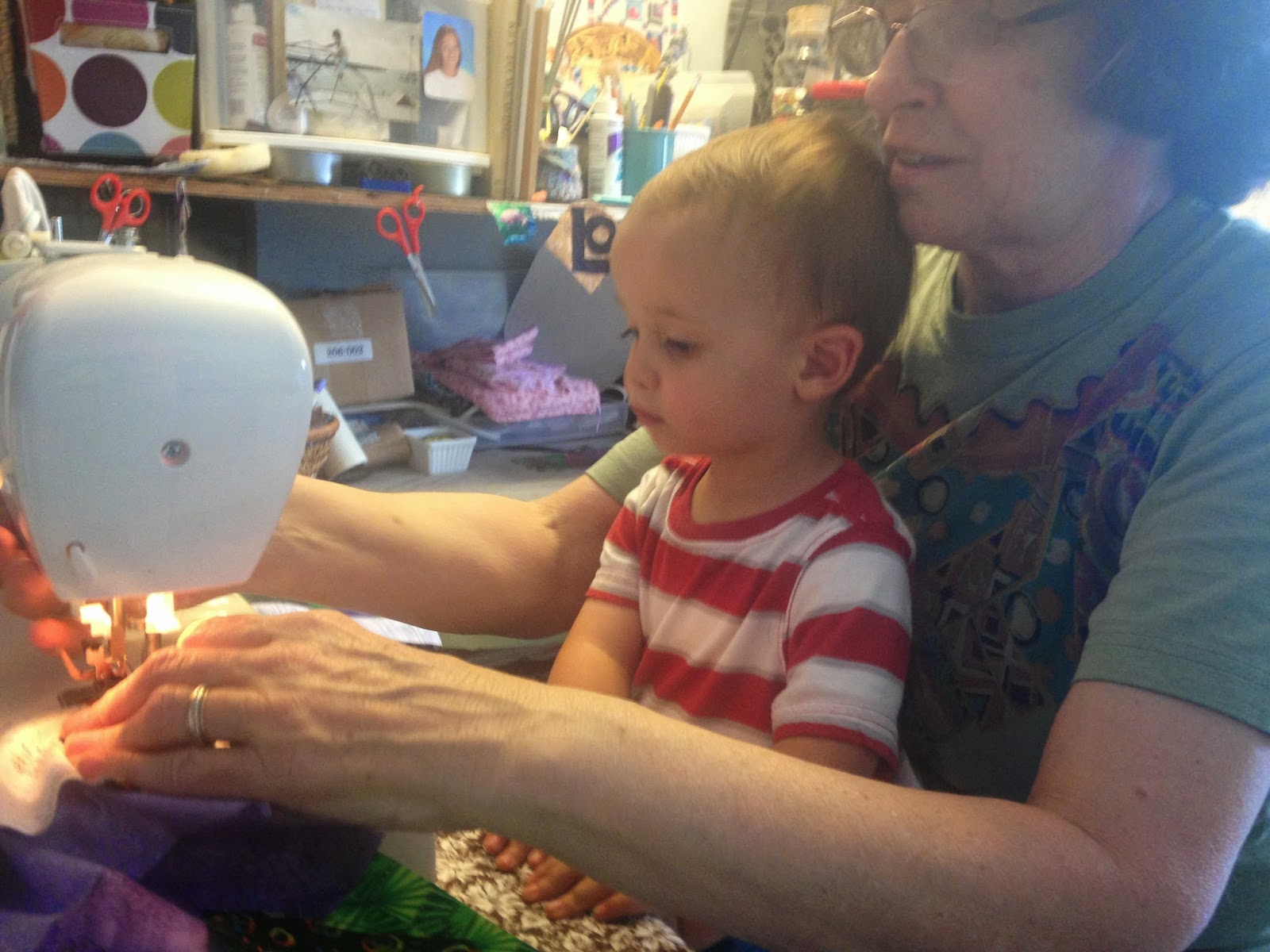 Keeping his hands firmly on the desk and away from the flashing needle,
he never takes his eyes off the machine.

One of the hardest things around moving to California was leaving behind my soulmate who lived a few hours away in south Florida. Phyllis, 'sister of another mother', had recently left the area as well and made her way up the East Coast settling eventually in Eastern Canada. Years passed; packages of love gifts made their way across country-back and forth; phone calls tried to take into account the time differences but we were still longing to see one another.

Enter Skype: the computer program that allows one to communicate with video all around the world. I originally saw Skype years ago at work nannying for a family with relatives overseas. The father was an early adopter and had Skype a decade or more ago so used it regularly with his family; one day I was there during a call and so was introduced via the computer screen.

Many years passed; the technology became very easy to use. My sister in Canada fought a huge health battle a couple summers ago and we spent time nearly every day on Skype. One day I completed an obligation that needed my full attention for about thirty minutes despite a two-year old with me. She was kept entertained and out of harm's way by Skyping with Phyllis in the same room as I was working. It was an amazing experience.

Today begins a weekly planned Skype call for Karen and Phyllis and me: extreme south Florida, eastern Canada and northern California, to be together without flying our old, ill, tired, broke selves cross-country enriching the airline stockholders while wearing ourselves into grinding poverty.

I am atop the moon about this plan. I don't wanna fly over all those red states again !~!


We're squinting in the Key West sun and we couldn't love each other more.
This was the last time we were together. It's been nearly ten years.
I miss them dreadfully and count on Skype
to help assuage these feelings of longing and melancholia.
Posted by Lynda Halliger Otvos (Lynda M O) at 8:57 AM 2 comments:

Lynda: in a few words

Lynda Halliger Otvos (Lynda M O)
Richmond , SF Bay Area CA, United States
Living in northern California with my best friend and husband of thirty years, we provide care to kids, adults, pets, homes and plants. A creator of fiber art, I have several projects in progress at any one time. I blog without obligation and read thousands of words a day.